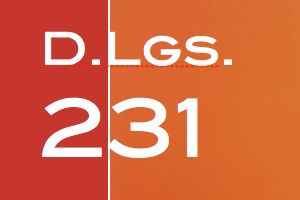 A court has upheld the validity of the models “231” to avoid the penalties for corporate responsibility. The ruling has finally cleared the field of the uncertainties that have accompanied Legislative Decree 231/2001 for almost 10 years.

Legislative Decree June 8, 2001 No. 231 on the one hand introduces into Italian law a new type of criminal liability of companies, defined by the legislator as “administrative” and on the other raises and promotes the adoption of a new company culture in the small to medium-sized enterprises (SMEs) through the adoption of special management and control tools defined as “organizational models”.

Legislative Decree 231/01 charges the company with culpability, for its (non-or lack of) organization, the regulation establishes verbatim that the company is responsible for the offences committed in its interest or to its advantage, by subjects with which it is organically associated or who are subordinate to the same company.

Art. 1 of Legislative Decree 231/01 identifies as recipients of the same all institutions that have legal status, companies and associations, including those without legal status, and all types of businesses set up as commercial companies such as S.p.A., S.r.l. , S.n.c., S.a.s.

The regulation identifies a broad catalogue of offences that may be implemented continuously, last in order of time is the offence in the environmental field.  Currently, in addition to crimes of a culpable nature (murder, serious injury or permanent disability) related to protection of health and safety in the workplace, the general type of crime is intentional, and includes among others: offences against public administration, corporate crimes (for example, false corporate communications); handling of stolen goods, laundering and use of money, goods or assets of illicit origin, computer crimes; crimes against industry and trade (eg, sale of fraudulently marked industrial products).

The penalties laid down by the regulation are of two main types:

The truly important new feature (opportunity) introduced by Legislative Decree 231/01 is the provision of relief from the heavy penalties for any firm which has adopted an organizational model capable of preventing the committing of crimes or offenses by those in a managerial as well as subordinate positions. The requisites of this model are determined by the legislation itself, which in fact represents a kind of “quality certification”, the adoption and implementation of these “good rules” enables the avoidance of penalties. After almost 10 years, a Court (Milan) in its ruling of November 2009 has for the first time acknowledged the effectiveness of an organizational model, revoking the sanctions imposed on the company.

The adoption of an organizational model represents a tremendous opportunity for companies, because it entails a further defensive tool in the event of a dispute regarding an offence invoking the organizational diligence of the selfsame company.

Besides the main benefit of the exclusion or limitation of its liability arising out of an offence punished by Legislative Decree 231/2001, the Company will be able to obtain indirect benefits of an operational nature, issues such as greater organizational clarity and balance between powers and responsibilities; a better culture of risks and controls on business and supporting operations within the company; a more rigorous and suitable selection of suppliers; improvement in the reliability of corporate as well as more strictly “promotional” communications, improving the image in the face of third parties, be these partners, suppliers, investors and banks that will see the company “certified 231” as a virtuous, reliable and diligent organization. 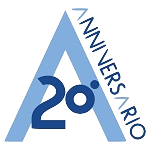